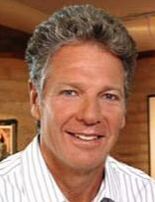 Bernie Schreiber was the first – and at the time of his induction into the AMA Hall of Fame in 2000 the only – Observed Trials World Champion from the United States.  Schreiber was one of the all-time greats in the sport of trials, winning the World Championship in 1979 and tallying 20 wins in a decade of competing in the world championships.  In addition to his world title, Schreiber also won the U.S. National Trials Championships in 1978, 1982, 1983 and 1987.
Born in 1959, Schreiber started riding motorcycles at the age of 8.  He began competing in trials at 10 and just five years later he was already the top-rated trials rider in his native Southern California.  In a sport that rewards riding technique and experience, Schreiber developed a hard-charging style that proved to be evolutionary.


In 1977, Schreiber, riding for Bultaco, ventured into the world championships for the first time.  His rookie season was a solid debut.  Schreiber scored points in nine of the 12 world rounds and earned podium finishes in Spain and Germany.  He ended the year ranked seventh in the world.
1978 was a breakthrough year for Schreiber.  He won his first world championship event that year in France and went on to score three more wins to finish the season ranked third.  During this period, Schreiber flew back to the United States to contest the non-conflicting U.S. National Trials rounds.  He won the American title that year.


With the confidence he gained in 1978, Schreiber was sure he could win the world title in 1979.  As usual Schreiber started off the year slowly in the early rounds, held in brutally cold conditions in Ireland, Great Britain and Belgium.  The Southern Californian later would admit that he never quite got used to riding in sub-freezing temperatures.


After finishing poorly in the first three rounds of the 12-round series, Schreiber’s championship hopes looked bleak.  But then a fourth-place finish in Holland gave him some encouragement.  Over the next six rounds, Schreiber went on a tear, winning three rounds and finishing on the podium in the other three.  After nine rounds, the American suddenly found himself in the championship lead by a single point over Yrjö Vesterinen, the three-time and reigning champ.  For Schreiber, the series was a long way from over.


The turning point came in round 10 at the Swedish Trials, where no rider other than a Scandinavian had ever won.  Schreiber went into the event thinking that Vesterinen or perhaps another Scandinavian rider would win.  Instead, Schreiber won, increasing his lead over Vesterinen.  That victory gave Schreiber a huge boost in confidence.


“It was then I knew I was going to win the championship,” Schreiber later said. “I was pumped.”  A poor result in Finland, however, left Schreiber with just a three-point lead going into the final round in Czechoslovakia.  He needed at least a second-place finish, should Vesterinen win the round.  Instead of riding conservatively though, Schreiber went for the win.  He got it and became the first American ever to win the championship.


Many more victories were in store for Schreiber.  In fact, in 1980 he set a then record for the most World Trials wins in a single season with six wins in the 12 rounds.  But as fate would have it, he would never regain his world crown despite trying for another seven years.  Schreiber retired from the world championships after the 1987 season.  His 20 career wins were the second highest in the history of the series at the time.


Schreiber continued his involvement with trials after retiring from full-time racing.  He wrote a popular book, “Observed Trials,” that is considered the bible of the sport.  He also opened a trials training school.

​
In the history of world championship trials, Schreiber could be considered a fluke.  As Cycle World aptly put it: “Americans just aren’t supposed to win at international trials.  It would be like having the national surfing champion come from Pittsburgh.”  Schreiber certainly broke the mold and in doing so forever etched his name in the annals of motorcycling.
Contact Us | Privacy Policy
All Photos © Stephanie Vetterly unless otherwise noted.
© MotoTrials USA Championship