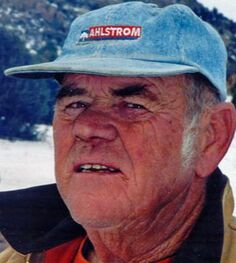 Life changed for Cliff in the summer of 1978 during a family camping trip near Peru Creek, Colorado.  What started as a peaceful Sunday morning campsite, had, by 9:00 am, become the staging area for a Rocky Mountain Trials Association club event.  Cliff had never seen trials bikes before that day.  Cliff would never spend another day without trials.


Cliff learned to ride street bikes in the Army while stationed in Europe in the 1960’s.  After his discharge, Cliff and his family moved to the Denver, CO area where Cliff continued to dabble with street bikes.  In the mid 1970’s, Cliff began trail riding with a neighbor, and within a few years his family was camping and dirt biking every possible weekend.


The day after seeing his first trials event, Cliff started looking for a trials bike.  He found an ad in the newspaper for a used Ossa 250, bought it, and soon thereafter, the Tucker clan started competing in RMTA events.  Cliff’s involvement in the RMTA started to escalate from that point and he eventually logged over 70 trialsmaster credits for club events and held several different officer positions within the club.  A presence at every club event and function for 25 years, Cliff loved working with the membership of the RMTA and helping the club grow and continue to produce national caliber riders.  His dedication to the local trials scene and the future of the sport eventually lead him to his association with the NATC. Cliff recognized the importance of this organization, and served on the Council with the goal of not only representing the RMTA, but with the goal of assuring the viability of trials to future generations of riders.  In addition, Cliff served as a trialsmaster for more than 10 NATC National events in Colorado.


Cliff realized early on that a key to the long term survival of the sport rested on the availability of land to hold events.  Land use and accessibility is perhaps the area where Cliff’s most important contributions to observed trials have, and continue to be felt.  Cliff worked tirelessly with the BLM and other government agencies to add and maintain areas for trials events and open practice areas.  Two of his major successes in this area are Texas Creek and Turkey Rock.  Both of these sites have hosted NATC national rounds, as well as countless club events.  Turkey Rock is a rarity in that it is a trials only location.
​
​
Over the years, Cliff received many awards and tokens of gratitude from the RMTA, and in 2008 was inducted into the NATC Hall of Fame.  Cliff certainly did not expend so much time and effort in anticipation of recognition.  He truly loved the sport, and all of the amazing and wonderful friends he made during nearly three decades of involvement with observed trials.
Contact Us | Privacy Policy
All Photos © Stephanie Vetterly unless otherwise noted.
© MotoTrials USA Championship