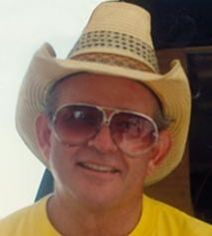 Dave Seeley had strong views on all aspects of trials.  First, he believed that trials was for everyone at every level, and above all should be fun – inclusion, not exclusion.  With that philosophy, he helped found the North Texas Trials Association.  In 1973 the Association hosted the Longhorn National.  That event, along with national events held in Michigan, demonstrated that trials was ready to have a national series, an important spark that led to the formation of the North American Trials Council.


Dave’s leadership was strong, leading to titles such as “Father Trials,” “Pops,” and behind his back, “The Pope.”  When the Pope spoke, it was “signed, sealed, and delivered.”  That was tempered by not doing what was good for an individual, but good for all.  It is said that his charisma, his ability to motivate, and to delegate is what made the North Texas Trials Association a mainstay of the national trials series.  In 1983, the NTTA hosted the Wagner Cup.  That achievement added to the already considerable prestige of trials in north Texas.


Dave was also a founder and part of the institutional wisdom of the NATC, forming the backbone of the Council.  Following the world round in Texas, Dave became an NATC diplomat, the most prestigious title a trials organizer can have in this country.


In additional to his skills as a leader, he fostered generationality, thus setting the stage for his lieutenants to carry on.  All too often when the sparkplug is no longer active in a club, the organization collapses; unfortunately there are many examples of this kind of failure.  Not so in Texas.  The leadership is still strong, the NTTA thrives, and Dave was part of the inspiration for the formation of two successful trials dealers in Texas.

​
Dave was also a member of a Bonneville race crew who went to the salt flats to chase motorcycle land speed records.  For those who have never been there, Bonneville is a hard place.  Glaring heat from the high-altitude sun reflects off the white salt and even sunburns the insides of the nostrils and is the Sirens’ call to melanomas.  The Bonneville breed is a hardy group.  Dave fit in right away and came loaded with enthusiasm every year.  He contributed greatly to the success of the endeavor, with the rider Belen Wagner setting over 40 national and world records.  Belen grew up in trials and so knew Dave nearly her whole life.  He was always “Uncle Dave.”


In his professional life, Dave was a noted architect in the Dallas/Ft. Worth area.  He was the project architect on the building of a number of public schools and hospitals, both of which require highly specialized knowledge.  He was the Chief Operations Officer on the building of the Reunion Arena in downtown Dallas and years later on the Chief On-Site Architect for the building of the American Airlines Arena where the Dallas Mavericks and the Stars play.  To the consternation of his peers, he was featured in a newspaper Sunday Supplement on the construction of the new Complex, because he was the only architect who had worked on both Arenas.


As with many aspects of his life, Dave’s approach to new activities was a bit unusual.  When he took up sailing with his usual enthusiasm, he bought a 16 foot Hobie catamaran, the kind that has webbing between the hulls.  Of course he knew nothing of sailing, but, undeterred, dragged his family out in a 30 degree February day for his first go at the new sport.  Of course those poor Texans were sopping wet, hypothermic, and were to never again to set foot on his boat.  He further endeared himself to his family with stunts like disassembling and rebuilding his Porsche motor on the living room coffee table.
​

When he took up flying in his fifties, he disdained the usual approach of getting lessons and then buying a plane.  He bought the plane first and then learned to fly.  His machine was a 1958 Cessna 182.  This vintage plane was his entrée to flying into the vintage landing area at the Oshkosh Air Show.  This show exceeds even the Paris Air Show and has an annual attendance of 20% of all civilian airplanes in the country.  It is a flier’s heaven.  His trusty machine also took him solo over the mountains to Bonneville not long after he got his license, a bit crazy by any standards.  But nothing compared to the flight with a friend up the Alcan Highway to Alaska.  His copilot, a highly experienced NASA pilot, described the Alaska trip as dangerous as hell with the terrible weather encountered on this trip.  The danger was magnified with antique, some would say primitive instruments.  Through that and other adventures, his flying partner described Dave as being serene at the worst of times.  Dave fit Hemingway’s definition of courage, “Grace in the face of deadly peril.”  And it don’t get much better than that.
Contact Us | Privacy Policy
All Photos © Stephanie Vetterly unless otherwise noted.
© MotoTrials USA Championship