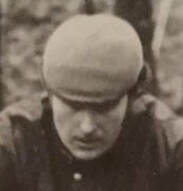 During the late 1960’s and early 1970’s it was not certain that American trials riders were willing to travel to ride a series spread all over the country.  Dick led the Michigan Ontario Trials Association to organize two events on successive years, The North American Trials Championships.  These events were a superb success and attracted riders from all over the country.  This demonstrated that trials riders were eager to travel and that the travel would be greatly facilitated by the development of the Interstate Highway System.

DeBolt was an important founding member of the NATC.  Under his leadership, the Michigan Ontario group hosted two successful rounds as the national trials series developed.  Of even more importance was their highly-praised round of the world trials championship.  It is difficult to overestimate the importance of Dick DeBolt’s organizing leadership with the early North American Trials Championships, his success in hosting one of the early rounds of the World trials championship, and his wisdom in the formation of the NATC.
​
He was an engineer at GM for 38 years and most of his career  was spent developing the big block powertrain for trucks.
​

He's a man of many interests and excels at all of them - Marine, patriot, marksman, engineer, farmer,  arborist, advisor, businessman, leader, mechanic, fabricator, dancer and role model.