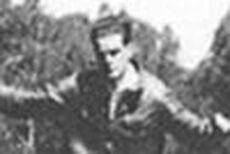 When Fred entered the trials scene, the contests were unrecognizable by today’s standards.  There were few trials bikes available, and the few were considered oddities.  The rest were pathetic machines: stripped-down street bikes, cobbled trail bikes, and flat-trackers with unmuffled expansion chambers that ran beneath, or rather became, the skid plates.  Obstacles exceeding one foot were for the experts and down hills approaching 45 degrees led to over-the-bars, flying-W, catastrophic disasters.  Clothing was even more pathetic.  The rabble arrives in oil-stained blue jeans, ripped T-shirts, and sneakers.  Such attire would make a starter at a National Event today hemorrhage.


Argentina-born Fred Belair, a lifelong motorcyclist, had studied trials in Europe.  The machines were elegant and the riders were light years ahead of us.  His crucial insight was to find a way to expose American riders to trials in Europe.


From that concern, El Trial de España was born.  The idea was for the proceeds to sponsor an American team to ride in the Spanish Championship Round.  Fred’s first language of course was Spanish and his contacts with the Montesa factory were the essential keys to the whole enterprise.  And Fred Belair pulled it off.  The American team in Spain is in the accompanying picture, an immensely significant historical photograph. Instead of a rabble, notice shirts and ties.


Little known, is that the first NATC meeting, with then world-champion Mick Andrews in attendance, happened because of Fred Belair.  With his typical panache, somehow Fred got Yamaha to sponsor that first meeting.


The rest of course is history.  El Trial remains one of the oldest events in the country.  The NATC has flourished. Southern California, home of El Trial, laid the foundation for Bernie Schreiber.  The “Bernie model”, the only one proven to work, is to courageously move to Europe, live there year round, often eating strange food, sleeping in minivans, and pay daily dues by riding continually with the best.  In time Bernie revolutionized the sport and rose through the ranks to become world champion.

​
At the root of all this is Fred Belair.  If not for him, we might still wearing rags as we blundered through traps, the court jesters of the trials world.
Click here for the May 2022 Cycle News Article - "Fred & Martin Belair - The First Family of Trials" in recognition of the 50th Anniversary of the El Trial de Espana.
​
Contact Us | Privacy Policy
All Photos © Stephanie Vetterly unless otherwise noted.
© MotoTrials USA Championship