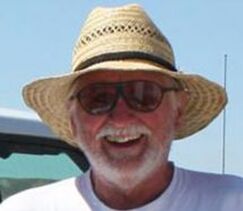 Determined - Courageous - Tough
​Typical of his generation, Fred started trials in his thirties.  He had read about the sport from the classic Sammy Miller book and from magazines while serving in the Army.  Part of the Army time was spent playing with solid fuel rockets here in the US.  His unit was sent to the infamous Chicago Democratic Convention where anti-war protesters went wild.  His visit to Chicago was spent off-site guarding his rockets from the more adventurous hippies who repeatedly tried to get at his munitions.  Their plan was to steal them and add to the demonstration festivities.  As history shows, no rockets got past Fred.


Training using the GI Bill led to a successful career as a chief mechanic.  Soon customers learned to by-pass everyone up front and go straight to Fred, whose personality always led to kind and clear discussions, which put them at ease.  These positive traits later resurfaced in trials organizations.


By one of those turning points in life, he moved to Wyoming to be near family and there trials awaited him.  In the Wyoming Motorcycle Trials Association, he found a home and his remarkable avocation began.  The WMTA was involved in setting 11 NATC Nationals causing it to rise to pre-eminence.  Not surprisingly, Fred’s personality propelled him into a leadership position in his club and to many fruitful years as a member of the NATC.


Trials, the family sport: Fred and his two sons have ridden the nationals for many years, the elder son having garnered five national championship titles.  Now his grandsons are being introduced, the third generation of Martinson family trials riders.


As all riders know this sport also produces some remarkably tough individuals.  Fred’s long-term goal was to ride 500 trials, which he has surpassed, standing at 615 in early 2012.  But it is the recent numbers that are special.  In 2008 Fred was given 18 months to live when he was diagnosed with lung cancer.  Fred Martinson has continued to add to his trials total while carrying an oxygen tank on his back.  Not only has he blown away his doctors’ expert predictions on longevity, but he has developed into a steady source of exasperation for young riders who cannot stand to be consistently beaten by “that old man with an oxygen tank on his back.”  He has even been accused of cheating at the high altitude event at Donner Pass due to his extra oxygen.


What can be said of such a man?  Contributing generations to the sport, serving with organizational skills, but far-and-away his most
impressive characteristics: determination, courage, and toughness that have set the mark so high that it will be an inspiring beacon far into the future. 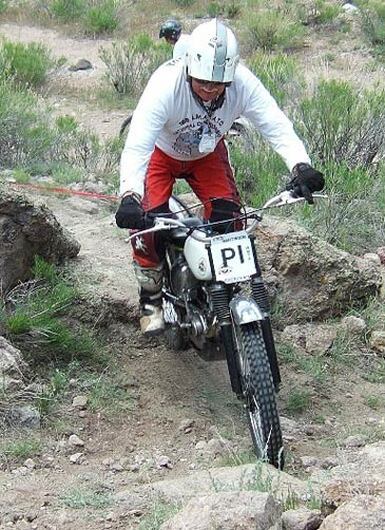