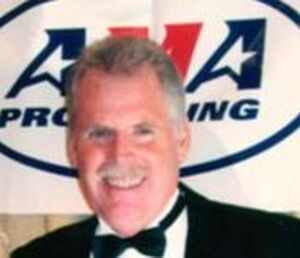 My first motorcycle wasn’t a motorcycle at all but rather a scooter (Sears Allstate Cruiseaire) similar to a Vespa.  I purchased it through the Sears mail order system and it arrived in pieces via the postal service.  I had saved up the money through my paper route in a small town in Montana.  The scooter served me well for a couple of years until I decided to try to flat track it around the cinder running track at the local high school and crashed it into the chain link fence surrounding the facility.  I finished it off after crashing into a lady backing her car out of a parking spot up town.


A few years went by and I was living near Seattle, Washington when my next door neighbor came home with a used Honda 50 and proceeded to run it up and down the street until I had to go out to see what the entire ruckus was about.  Of course I had to try it out as well as other neighbors and I guess you could say that was when I got hooked.  Maybe a month later the same neighbor came home with a brand new CL72 250cc Honda Scrambler and announced that he was going to enter a local (in Idaho) cross country race and wondered it I wanted to go along as he would let me ride the Honda 50.  Of course I said yes.


This cross country race was called the Paul Bunyan 100 and it was actually one hundred miles point to point.  I had no idea what I was getting into as we prepared the little Honda with a semi knobby on the back and a rear sprocket that was nearly as large as the wheel.  Approximately 300 riders started en mass.  I almost made it to the first checkpoint which was just a few miles before the little Honda gave out.  However I made it further than my neighbor because he burnt up the clutch in his new CL just after the start.


When the American Motorcyclist Association (AMA) hired me in 1977, I had been an AMA professional dirt tracker for nine years, AMA Pro Deputy Referee for a couple of years and all around motorcyclist competing in all sorts of amateur competition events as well as riding on the road.  I owned a couple of flat track Triumphs, a Penton/KTM enduro bike, a TY175 Yamaha trials machine and a 900 Kawasaki street bike.


Sometime in 1979 or 1980 Al decided to leave the AMA and return to the Crane paper making company that he had been with for many years in Massachusetts.  One of the responsibilities that were turned over to me was the trials events.  The first thing that Al tried to explain to me regarding trials was the North American Trials Council (NATC) and how it operated in conjunction with the AMA.  I remember at the time he said it was a rather “strange” arrangement but I soon realized after attending my first NATC meeting in Colorado that it was more of a “unique” arrangement.


Wiltz Wagner, Bill Brokaw, Dave Russell, Carl Peters and others who actually organized the yearly events were obviously the driving force behind the NATC, but Wiltz was the real leader.  The annual meeting consisted of individuals sitting around in a circle hashing out issues/items and after what always seemed like a fair amount of consideration time Wiltz would summarize (generally to the satisfaction of the majority) and the issue, item or date would be accepted “all without a vote”.


As a part of my AMA responsibilities, I was asked to become a member of the Federation Internationale De Motocyclisme (FIM) the world governing body for motorcycling with headquarters in Geneva, Switzerland.  At the time the Commission that I was elected to was made up of Trials, Enduros and Motocross events.  That same year Motocross was separated off under its own Commission and Trials/Enduros (CTE) continued as one. I served a few years as a commission member and then was elected as one of two Vice-Presidents for the CTE.


This period of 31+ years gave me the wonderful opportunity to travel to different countries around the world and to meet many interesting individuals.  I was able to share ideas and see lots of World class motorcycle competitions.  I actually was given a trials bike once and asked to ride a portion of the Scottish Six Days Trials as part of my duties.  And was paid to do it.