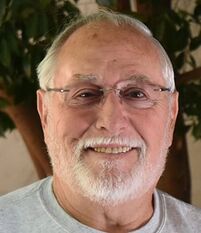 Jim first became interested in motorcycle competition through his cousin, Tom Spaur, a Champion Hill Climber.  His first motorcycle was a Kawasaki 175 which he used in Hillclimb and Trials competition.  In 1981 he rode his first National Trials, the Empire International at Watkins Glen, NY on an Italian SWM. Jim received a Finishers belt buckle for that event; one of his most prized awards.

Since then Jim has logged over 500,000 miles driving to Nationals and local events all over the country, and has over 100 National finisher pins to show for it.  There was no event too far for the Watson family, Barbara and kids, to travel to.
​
Jim's other hobbies include reading, listening to country music, and computers, which he spent hours and hours on as Competition Secretary for Trials Inc. for over 25 years.  Back then he would manually load all the results from events into the computer and calculate Championships in each class and promotion points as well.  When Trials Inc stopped the promotion system and went to Computer sign-up and scoring, Jim moved to the job of Rider Feedback Poll for the NATC Series, which still had to be entered manually.  Jim has always enjoyed the challenges that Trials brings and is used to taking the hard way.
Contact Us | Privacy Policy
All Photos © Stephanie Vetterly unless otherwise noted.
© MotoTrials USA Championship