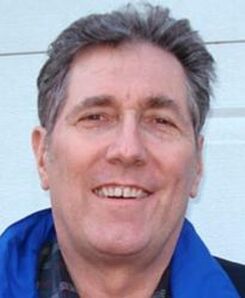 Roger Ansel started riding motorcycles as a young boy as a passenger behind his father. He learned to ride in 1961 at the age of 15 on his father’s hand shift/foot clutch 1940 Harley Davidson.  His father was a member of the Lancaster Motorcycle Club in Ohio and Roger worked a number of hill climbs and enduros during the years before he was old enough to ride.  In 1965 he rode off-road (unintentionally) for the first time on a Triumph Cub.


After his time in the military he started riding again and he, his father and wife Melinda enjoyed many back roads and trail rides together.  In 1972he began riding enduro competitions and became a member of Central Ohio Competition Riders (COCR).  During the next 13 years he held various positions as Secretary, Treasurer and Referee and Trials director of this club and in 1973 was involved in organizing the AMA District 11 organization for Southern Ohio.  Also in 1973 he started riding Observed Trials as a member of Trials Inc. (TI) and held memberships in both clubs riding trials in the TI series and working half or more of the entire COCR events each year for several years.  As a member of the two clubs he was involved in the organization of many events, including National Championship Trials and Hare Scrambles, regional Trials, Motocross (including AMA Amateur National Qualifiers), local Hare Scrambles and Enduros, Road Poker Runs and an AMA District Rally.


Roger was elected Vice President for Trials Inc. in 1979 and was elected President in 1980 (to 1983) and with that position was the Trials Inc. representative to the North American Trials Council (NATC).  During the time he was the NATC representative he accomplished several goals including being co-author of the NATC handbook for the “Guidelines for Observed Trials Organizers and Competitors” which was distributed by the American Motorcycle Association and later modified to work with all types of off road National Championship Competition events.


In 1983 Roger and his wife Melinda started M & R Sales, a part time motorcycle shop catering to the local observed trials market.  In 1984 he stepped down from President of Trials Inc. to devote more time to M & R Sales and his own riding, including several National Trials events (he always said he was a better organizer than trials rider).  At the request of Trials Inc. he still represented the organization at the NATC meetings through 1985.


In 1985 at the annual NATC meeting Hugh Fleming, then Director of Amateur Competition for the American Motorcycle Association, approached Roger regarding the position of Amateur Competition Manager.  The position was responsible for all forms of amateur competition, including Observed Trials.  In the course of the next 20 years in this position, the AMA amateur activities grew from approximately 230,000 entries a year to 1,200,000 plus entries a year. In 1986 Roger was instrumental in resurrecting the National Hare and Hound Championship series and in 1987 he developed the National Dual Sport program.  He continued with the NATC as the AMA representative throughout his 20 years at the AMA.

In 2005 Roger left the AMA and then went to work for American Kenda Rubber Ind., Co., LTD, handling trailer and passenger tire warranty for the U.S. and Canada, and assisting in the Motorcycle and ATV department.  In October of 2005 he was honored to be elected to the NATC Hall of Fame and awarded the first “Friend of the NATC” award.  In 2009 he was asked to be part of the nominating committee for the Motorcycle Hall of Fame and museum located at the AMA.  Roger continues to ride Dual Sport motorcycles today and is an honorary member of COCR, but his first love will always remain Observed Trials. 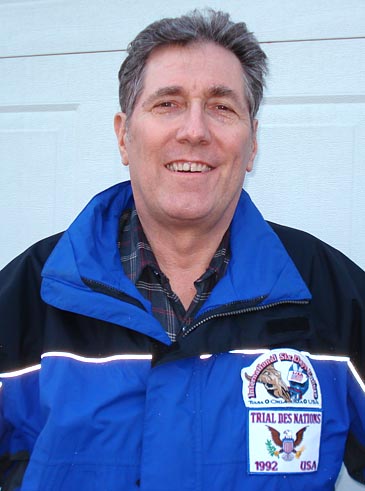