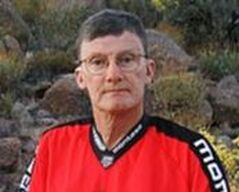 Joie de vive literally means joy of life.  Most people use it to describe an enthusiasm for living — happy people.  If Ron Saum can be summed up in three words it is “joie de vive.”


His interests were many and he had fun with them all.


In most motorcycle competitions, anyone can physically ride around the course.  Ron’s interest naturally gravitated toward the most difficult of all motorcycle sports, that of observed trials.  Only an expert on a special machine can even ride around the course, much less ride the areas in which the competitors are actually scored.  Those specially designed sections are preposterous: literally up waterfalls, over huge boulders and logs, and dozens of other obstacles diabolically designed to cause the rider to lose control or crash.  Each section is characterized by the organizer thinking to himself, “Oh yeah! I bet they can’t ride over that.” Well that was enough for Ron.  Any time there was a “you can’t do it” Ron was irresistibly challenged.  And, course when Ron himself set an event, including a world championship event, there was diabolical designing aplenty.


Ron was the importer for the SWM trials motorcycles.  He provided generous support to his national riders and was an excellent business man.  According to Bill Brokaw, “When we were a dealer under him I do not recall an instant of disappointment,” high praise indeed.


Once Ron, who was an accomplished amateur jet skier, was bet that he couldn’t compete in the World Champion Jet Ski Competition held in Lake Havasu. With refinement, the bet got to be he couldn’t finish in the top 10. Ron was ninth in his first ever competition.


There are many kinds of intelligence.  The most prized is that of making good grades in schools, getting killer scores on SAT’s, going to college, and so on.  Book learning.  But much less recognized and less prized is a vastly different kind of intelligence.  Creativity.  Perhaps it is not so recognized because it is unusual. It cannot be acquired by hard work, determination, or wishful thinking.  It is a rare, precious, naturally-occurring gift.


Ron was gifted that way.  That creativity in action when he was a member of the North American Trials Council.  The group is made up of trials competitors — an assembly of brilliant minds, who are experienced organizers with a huge combined institutional wisdom.  There are also special people on the Council: the stabilizers who insist on rigid rule enforcement, the much prized compromisers who can untangle hopelessly polarized arguments, and, rarely, the creative ones.  Ron was the most creative individual who ever served on the Council.  Every year he would suggest a number of innovative ideas.  Some would be adopted right away, and some would require that he present them for several years before the Council had time to catch up with his thinking.  This patient repetition demonstrated another of Ron’s characteristics.  Persistence.  His amazing number of proposals is striking.  Many are still in use today, and some have not been changed one centimeter from his original design.  For his many contributions, Ron was inducted into the North American Trials Council Hall of Fame in the class of 2008.


Thankfully his genes have been passed on.  His son Andy has been a national trials champion in virtually every class in which he has competed.  And the biggest and most trying job that the Council has is the entry secretary who handles the thousand entries for all the nationals each year.  For many years the entry secretaries’ job has been carried out tirelessly and cheerfully by Andy and Carolyn Saum.


Happily apples do not fall far from the tree.  And what a tree was Ron Saum. 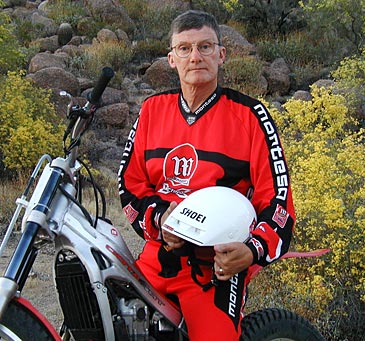