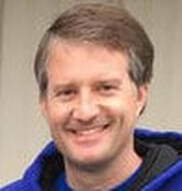 Ryan Young started competing in motorcycle trials at the age of 8.  By 16 he won his first State Championship.  The next year, Ryan won the AMA/NATC Sportsman class.  That year his father Jerry, always the traveling companion, won the AMA/NATC SR35.  They became the first Father-Son combination to win championships in the same year.  The Father-Son cross-country trips were legendary, filled with astonishing mischief, generally instigated by the father.  It is remarkable the Young family did not become forever an ingrained part of the asphalt of I-80.


Despite or perhaps because of these adventures, Ryan’s amazingly competitive success took his career to new heights competing in three different championships.  In his second year of competition in the top class of the AMA/NATC nationals, Ryan finished second; he also finished second in the Canadian Championship, and second in the US Bicycle trials Championship.  At 21, Ryan achieved one of his life goals by winning the top class in the AMA/NATC Championship, beginning what would be a record-breaking 6 consecutive championships (1988 – 1993), a record that still stands.  In addition Ryan became a member of USA TdN team and continued on the team 8 consecutive years.


In 1995 Ryan began a business career forming Ryan Young Products to import hard to find trials related items into the United States.  At 29, Ryan recorded his 50th national victory and, after 13 consecutive years of competition in the AMA/NATC Championship, he announced his retirement to focus on his business career.  Shortly he became the sole importer of the new Sherco Trials motorcycle.  Not long after that Ryan Young Products became the sole Importer for Scorpa Trials motorcycles, becoming the only dual brand importer of Trials motorcycles in the US.


Ryan’s many contributions to the sport have continued, beginning with organized youth events at each round of the AMA/NATC Nationals, a vital series that continues to this day.  Furthering his educational contributions to the sport, over 4,000 copies of the Ryan Young Trials Training Techniques video have been distributed worldwide.  Ryan then produced the Advanced Trials Training Techniques video.  Through his training videos Ryan has become a worldwide trials celebrity, known as one of the most prolific trainers in the sport of trials.
​

Ryan has been a positive influence on the sport through his exciting, record-setting competition years, the years of creating a solid business in the US trials market, and his educational efforts.  His generous guidance and sponsorship have created many trials champions.  His is a unique and remarkable set of contributions to the sport that has become a life-time passion, a much dreamt-for goal that few will achieve.